“Though nothing can bring back the hour

Of splendor in the grass, of glory in the flower;
We will grieve not, rather find
Strength in what remains behind”

I was living life in the fast lane meeting deadlines, attending to chores multi-tasking always optimistic, determined and energized. Did 24 February, 2013 come to put me to test? My body shuddered when I heard that I was suffering from cancer. My world appeared to shrink and my spirits decimated. Oh something that I feared the most, was staring large into my face. As an occasional care taker of two of my colleagues who lost the battle to cancer in the last decade I was living with the belief that fight with cancer is a futile attempt. But as I blog I think differently as I have spent nine months fighting the disease each day. I have been through the treatment phase pretty successfully.

I reflected “What was that I needed to do differently from being a care taker to a patient myself.”

I was to be positive!

I was to be hopeful!

I was to be working!

I was to be a fighter!

I was to be a winner!

My family and my doctors should be proud of me!

Resolute and resilient I began each day with gratitude .I thanked God for taking care of the harsh realities of cancer treatment which drain you emotionally ,financially and psychologically. The chemistry between the family members was at its best. The genuine souls among my friends were there. “We are there for you.”I could read it in the eyes and feel it in their tone.

The family was spared from the burden of arranging money as the CHS scheme took care of the expenses. My job which was both my love and necessity was there to keep me involved and to maintain the financial equilibrium.

The anxiety of getting the best treatment was rested when I was introduced to Dr. Jayanthi by Dr.Mathangi , at the BGS Global Hospital. My husband was introduced to Dr.Jayanthi’s reputation and fame as a surgical oncologist by the AMO. We lost no time. Nair Sir hooked us on to Dr. Mathangi an expert radiation oncologist. When I met the two doctors I was convinced that I was in best hands. Great women have always been an inspiration to me like my mother Ravinder Kaur. Here stood before me two smart, confident and caring doctors showing me light beyond the dark tunnel. 26 February, 2013 my treatment began. As I moved from one department to another in the BGS hospital to have the fitness tests done before the surgery, I constantly reminded myself that the key to my new net worth was in my hands. I had to be stubborn in my fight and only then would courage rise to intimidate the pain that the cancer treatment entails. It was a test to show the values and characteristics that had so far defined me. I was diagnosed with two malignant tumors in the upper quadrant of my left breast and the lumpectomy was performed by Dr. Jayanthi Thumsi, breast surgeon. I placed my trust in her magical hands and today I have a fast disappearing healthy scar.

I write to ask others like me to let the tree of hope blossom and for women of all ages to be proactive in their health care……….. 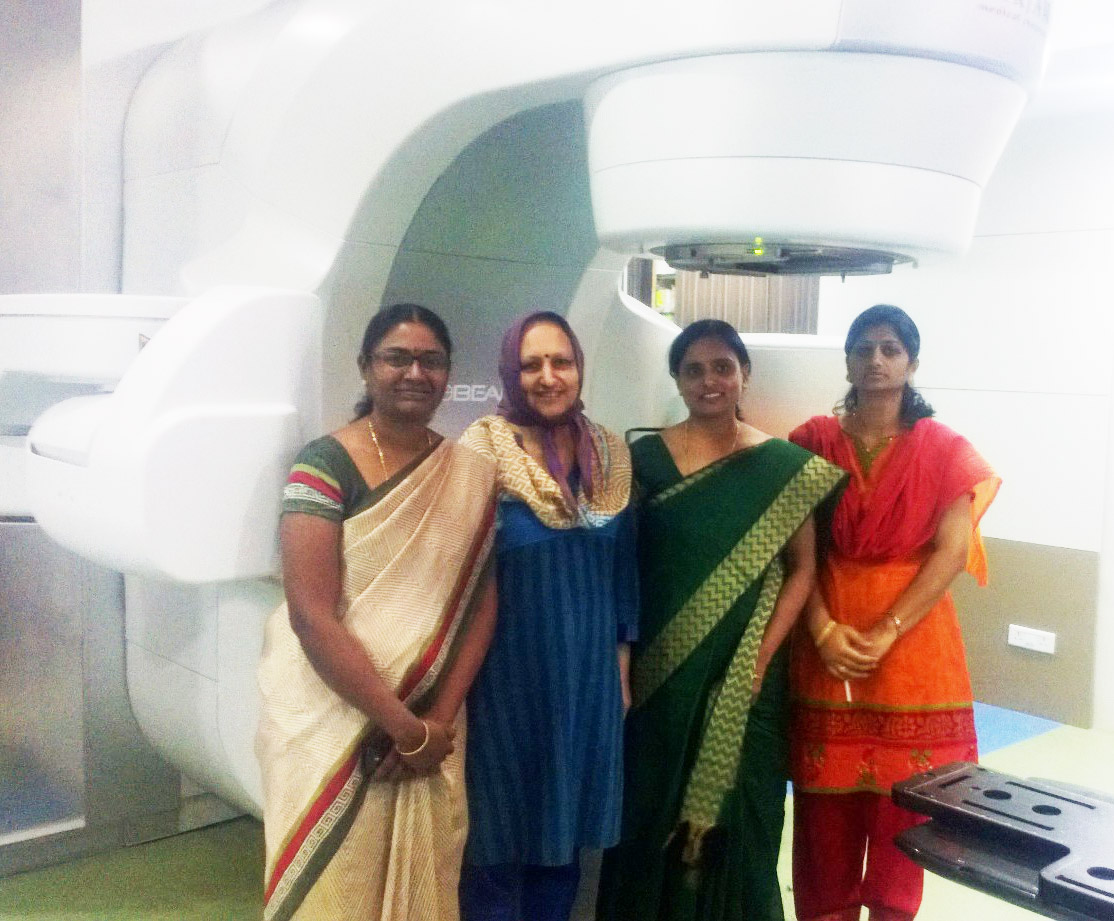